Julie Ashworth is our latest designer-maker to take over the blog.  Like many of us, it’s not her first career.  Read how she gave up a successful career as an author and created  award-winning greetings card company, Yoojoo.

Designing and making greeting cards isn’t my first career, I originally trained as a teacher of Art & Design and English and taught English as a foreign language in Greece, Mexico and France. This led on to a successful career writing and illustrating award winning language books.

Some examples of published work by Julie 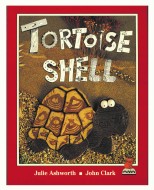 When my family flew the nest I found myself in search of a new challenge and it was friends who pointed the way to a new career. I like to give them hand made gifts at Christmas and used my new found skills (acquired from the jewellery making course I did at Leeds College of Art & Design) to make bookmarks of their favourite animals. I put each one inside a card and drew a scene around the animal and it was from there that my card business started to take shape. 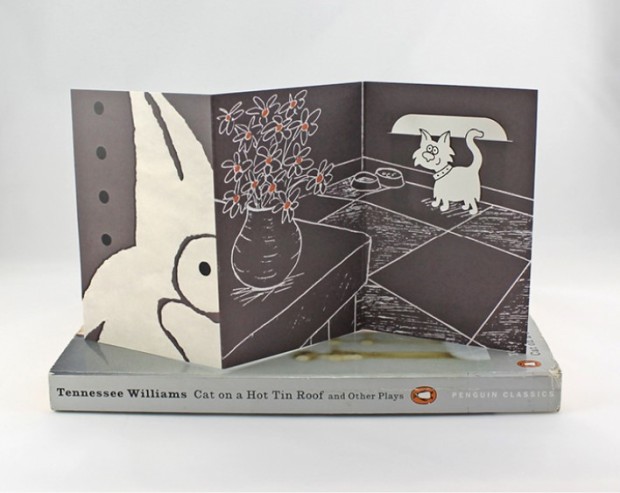 So, I had a product but next came the challenge of turning it into a business and creating a brand and I had to drag myself (kicking and screaming) into the 21st century by learning computing skills to facilitate production and promotion.

The name Yoojoo appeared after a moment of self doubt about my illustrating skills when a friend uttered the wise words; “Look, you either use it or you lose it!”. This sparked the idea that you also use a bookmark or lose your page and the ‘oo’ sound in ‘use’ and ‘lose’ started spinning around in my head, got mixed up with Jue (which some people call me) and suddenly the word ‘Yoojoo’ appeared!

It hasn’t been easy starting again but I have enjoyed the journey (friends would probably question this remark as they get to listen to me whinging as I grapple with each new challenge!) and I am proud of the greeting card company that I have created, and the awards that it has won.
The one thing I don’t like about running a business is having my photo taken! 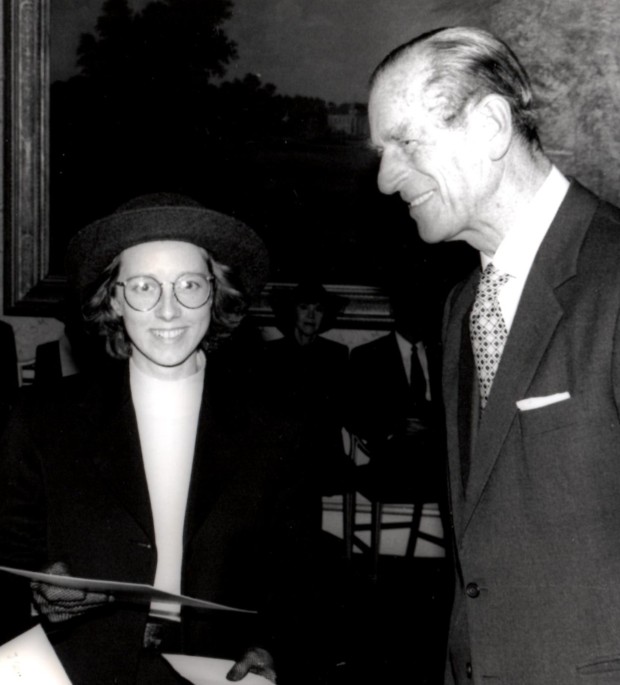 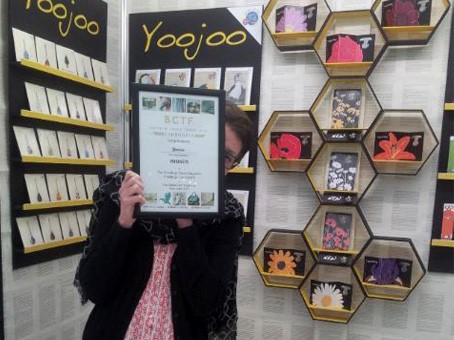 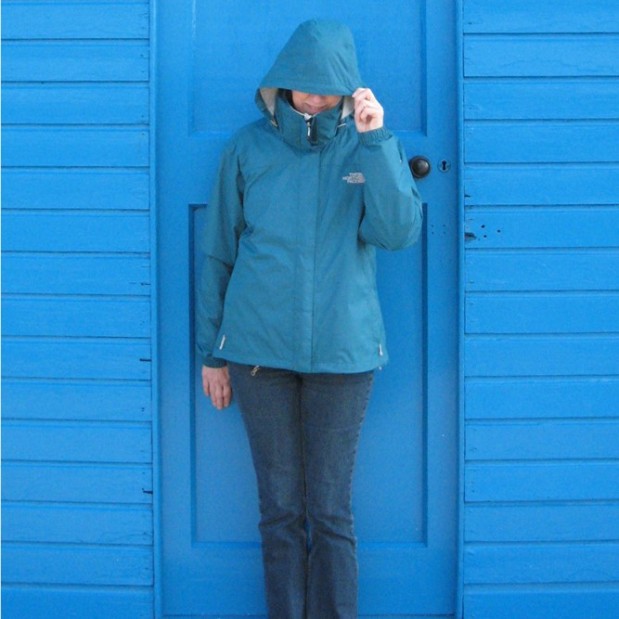 Trying to be invisible!

Yoojoo will be at the Design@HEART Art and Craft Fair on Saturday 9th June.